On the recent Feast of Saint Jehoshaphat, 12 November 2022, Archbishop Gintaras Grušas, President of the Council of European Bishops’ Conferences, concelebrated the Divine Liturgy in St. Peter’s with His Beatitude Sviatoslav Shevchuk, father and head of the Ukrainian Greek Catholic Church.

Archbishop Grušas was in Rome to attend the plenary of the Vatican’s Dicastery of Communication, of which he is a member, while His Beatitude Shevchuk was in Rome for an institutional trip, the first since the beginning of Russian aggression against Ukraine. Together with them were, through various circumstances, also several prelates from the Ukraine or those belonging to the Ukrainian Greek Catholic Church.

There were, in fact, the Eparch of Philadelphia Borys Gudziak, in Rome for the plenary of the Dicastery for Communication; the exarch of the Ukrainian Greek Catholics of Germany and Scandinavia, Bohdan Dzyurakh, who was appointed president of the CCEE Social Pastoral Care Commission at the last CCEE plenary; the Greek Catholic Bishop Đura Džudžar from Serbia and the Greek Catholic Bishop of Odessa Mychajlo Bubnij, in Rome for the meeting of the Union of General Superiors of the Eastern Rite; and then, the exarch for the Ukrainian Greek Catholic faithful Dionysius Lachovicz.

The Divine Liturgy took place before the tomb of St. Jehoshaphat, which was placed in St. Peter’s Basilica by the decision of St. John XXIII and thus implemented by St. Paul VI.

St Josaphat Kucenwycz, Archbishop of Polock, Martyr and protector of Ukraine, was thus placed in St Peter’s Basilica, under the altar of St Basil the Great, to whose rule St Josaphat had dedicated his whole life. The transfer took place on 22 November 1963, the day in which ecumenism was being discussed at the Second Vatican Council.

The presence of the CCEE president at the Divine Liturgy further strengthens the support that the European bishops have given to Ukraine since the beginning of the conflict.
Already on 21 January, the CCEE Presidency released a communiqué that warned of the consequences of the tensions that were already beginning to escalate at the time, and which fatally led to Russian aggression.
The European episcopates then joined in a network of solidarity to help the victims of the war.
Archbishop Grušas himself visited Ukraine last July, crossing the border from Poland after attending the Synod of the Ukrainian Greek Catholic Church held in Przemyśl, Poland. 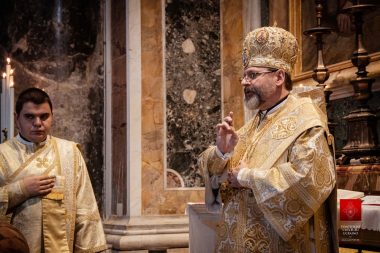 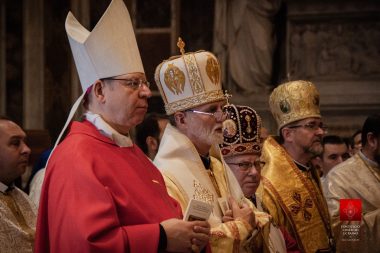 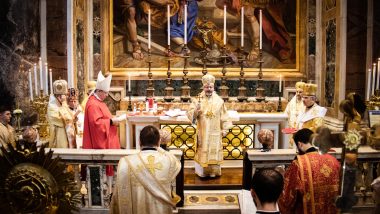 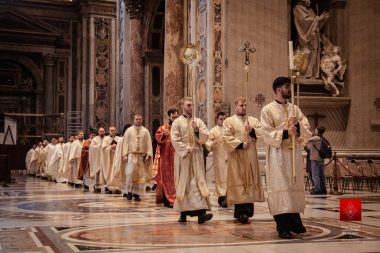 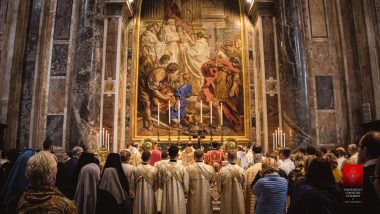 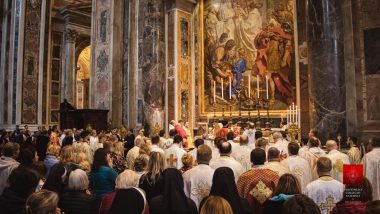 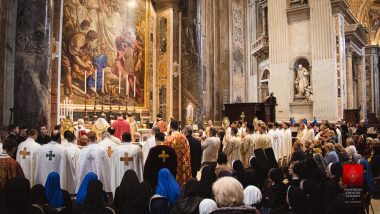 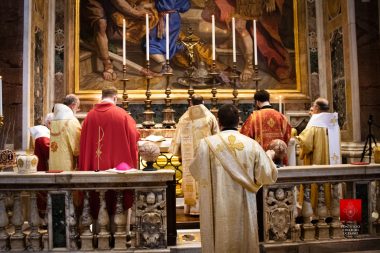 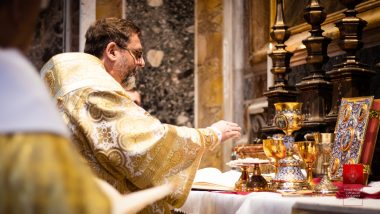 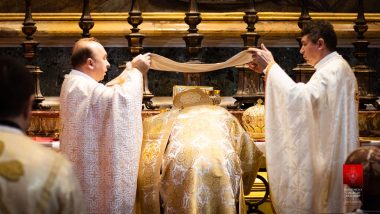 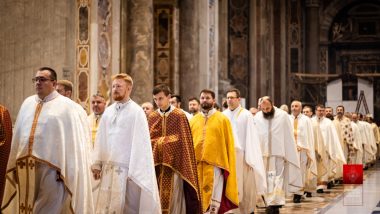 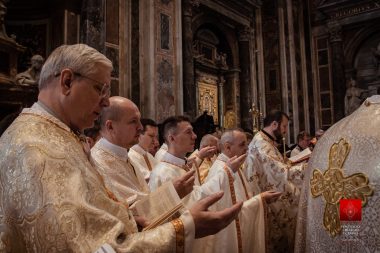 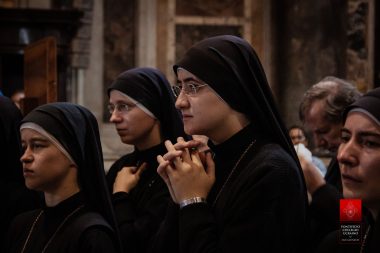 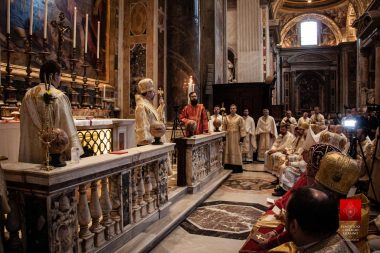 Peace and security in Europe, the importance of ecumenical dialogue

The Church in Europe on the synodal path

In Prague from 5 to 12 February 2023, the Continental Assembly of the Synod

The Church at the service of peace

Get up! Christ is calling you. Christus Vivit in Europe

Etchegaray's intuition and the birth of the CCEE

On our knees before the Eucharist to invoke peace

On 14 September, Eucharistic Adoration in every Church of Europe

“Listen to the voice of Creation”

The CCEE President at war sites

General Secretaries of the Bishops’ Conferences

The Church in Europe on the Synodal Path

43 participants at the annual meeting that took place in Zagreb

Meeting of the Presidents of the Bishops’ Conferences of Central and Eastern Europe, Budapest, 24-25 October 2022