From 28 to 30 April, the national directors and delegates for catechesis met in Malta at the Dar il-Hanin Samaritan centre. After two years of online meetings, finally, the delegates of the European Bishops’ Conferences, working in the field of catechesis, were able to meet in person.

H. E. Msgr Gintaras Grušas, Archbishop of Vilnius and CCEE President, opened the meeting by expressing “our first thoughts and affectionate greetings to our brothers and sisters in Ukraine who have been living under bombs for more than two months. We strongly request that the Russian aggression cease immediately and that governments do everything possible to stop this absurd war in the heart of Europe” and expressed the solidarity and prayers of the European bishops towards all those who suffer from these acts of violence, together with those for the victims of this conflict and their families.
He then went on to present the theme of the conference: “to reflect on the figure of the catechist, according to the indications of Pope Francis who, in the motu proprio Antiquum Ministerium, instituted the ministry. The Holy Father invites us to deepen and orient our reflection on the ministry of the catechist, who “is called in the first place to express his competence in the pastoral service of the transmission of the faith, which is developed in its various stages: from the first announcement that introduces the kerygma, to the instruction that makes us aware of the new life in Christ and prepares us in particular for the sacraments of Christian initiation, to the ongoing formation that allows each baptised person to be always ready “to satisfy everyone that asketh you a reason of that hope which is in you” (1 Pt 3:15)”. (Antiquum Ministerium)”.
Placing this moment of reflection in the broader path that sees the Church in Europe preparing for two particular events: the preparation of the continental phase of the Synod of Bishops that will take place in Prague from 5 to 12 February 2023 and the Youth Symposium that will be held in Krakow from 20 to 23 October 2022, Mgr Grušas reiterated that “we too, like the first Christian communities, are called to commit ourselves concretely to identifying “new expressions with which to continue to remain faithful to the Word of the Lord in order that his Gospel can be preached to every creature” (Antiquum Ministerium). Catechists must collaborate in this specific service, who “by virtue of Baptism are called to be co-responsible in the local Church for the proclamation and transmission of the faith, carrying out this role in collaboration with the ordained ministers and under their guidance” (Letter of the Congregation for Divine Worship and the Discipline of the Sacraments to the Presidents of the Conferences of Bishops on the Rite of Institution of Catechists)”.

H.E. Msgr Đuro Hranić, Archbishop of Đakovo-Osijek in Croatia and head of the CCEE Catechesis Section, thanked all those who had worked on the preparation of the meeting, and in particular the Society of Christian Doctrine, and the Superior General, Mr Roberto Zammit, for hosting the meeting in their centre, Dar il-Hanin Samaritan, and “for the opportunity to get to know at first hand a very special religious society, whose members’ charism is their professional catechetical-pastoral commitment”. Starting from the title of the meeting ‘Impart what you have heard from me to those who can teach (2 Tim 2: 2)’, he stressed the importance of a space to share “experiences on the reception and implementation of Pope Francis’ motu proprio Antiquum Ministerium, of the Directory for Catechesis promoted by the Pontifical Council for the Promotion of the New Evangelisation, on the guidelines for the identity of the catechist, and finally on the updates of the ongoing synodal process”.

The session presenting the reports of the individual Bishops’ Conferences was opened by the testimony of Sister Nataliia Melnyk, of the Ukrainian Greek Catholic Church. The sister gave a first-hand account of the drama they are experiencing in Ukraine, thanked the people of Europe for their closeness and renewed the call for help from all sides so that this war might be stopped as soon as possible.

A complete picture of the reception and implementation of the motu proprio Antiquum Ministerium and of the Directory for Catechesis in the European countries was given by the participants at the meeting. At the conclusion of this working session, Fr Renè Camilleri, National Director Emeritus for Catechesis of the Archdiocese of Malta, highlighted the need to place the figure of the catechist in the living tradition of the Church so that the transmission of the faith is kept alive. In this sense he is the fruit of the Christian community, he must be well motivated, well prepared and receive a diocesan mission.

The projects and initiatives of the Pontifical Council for the Promotion of the New Evangelisation were presented by H. E. Msgr Franz-Peter Tebartz-van Elst, the Vatican department’s delegate for Catechesis: in mid-June the press conference to present the unification of the two Dicasteries, the Congregation for the Evangelisation of Peoples and the Pontifical Council for the Promotion of the New Evangelisation, following the reform of the Roman Curia ordered by Pope Francis; the start of the immediate and long-term preparation of the organisation of the Holy Year in 2025 with the establishment of the Working Commissions; the importance of working in the field of communication to network; mutual acquaintance meetings with international conferences every three years and the invitation to the 3rd International Catechetical Congress entitled The Catechist, Witness to New Life in Christ, to be held in Rome from 8 to 10 September 2022.

In his address, H.E. Msgr. Anton Teuma, Bishop of Gozo, pointed out that it is essential to move from an instructional catechism to a synodal catechism, in the knowledge that a catechism that appeals only to the intellectual faculties is partial. A catechesis in a synodal key must be concerned “to help the recipients enter into the full experience of faith, an experience that also includes cultic and behavioural aspects. There can be no true catechesis without liturgical experience and the witness of charity”. And again: ‘A catechesis in a synodal key is primarily called upon to help those being catechised to grow in their relationship with the person of Jesus and thus accompany them to the experience of the Sacraments… It is not in the synodal spirit to present the Sacraments as the reward for participation in catechetical classes, or to reduce catechesis as the necessary ticket to the Sacraments. A catechesis that is limited to preparing for the Sacraments is not synodal.”
He then outlined the identity of the new catechist in a synodal key: “being a catechist means responding to a call from the Lord in the Church. ‘In the Church’ is not limited to the premises of the parish, or the doctrinal or liturgical contents. Being a catechist means walking together with other people and with the Lord Jesus towards the Father. The catechist must also be on a journey of faith/catechesis. Being on a journey of conversion together with other people is the specific and, at the same time, essential attitude of being a catechist”.
And he concluded: “Thinking of the catechist in a synodal key is not only a task that comes from this moment of grace that we are living in the Church, but rather it is also the best and most up-to-date way of reading the event of catechesis according to the most relevant current thinking. But beyond this, to think of the catechist in a synodal key is, above all, to place this ministry more and more in its proper place – in the dynamism of the Holy Spirit”.

Link to photos of Mr and Mrs Capan:
https://photos.app.goo.gl/c8CddLuJ6w6dYyA9A 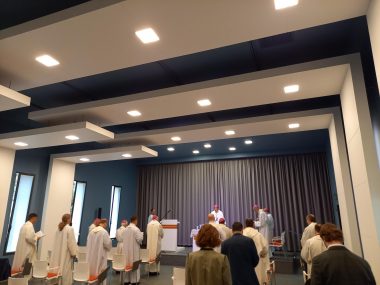 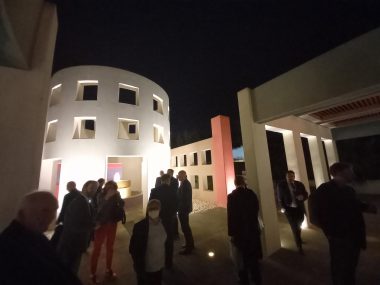 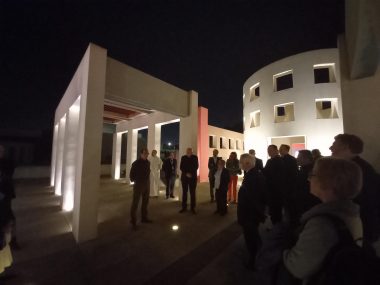 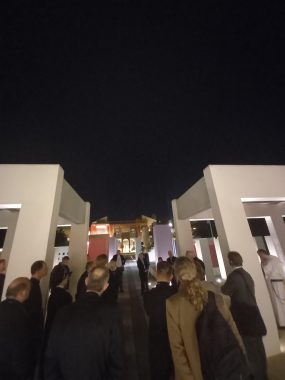 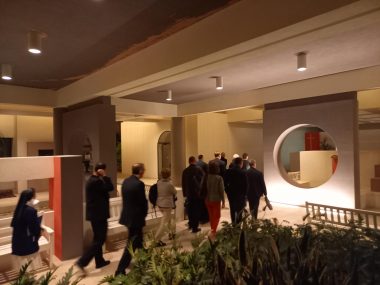 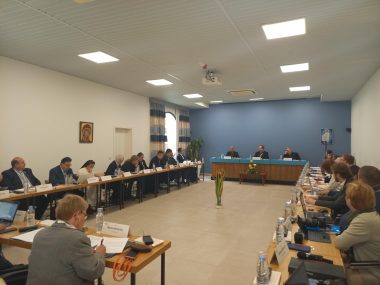 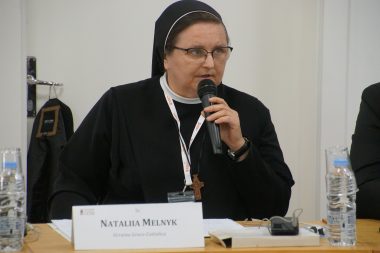 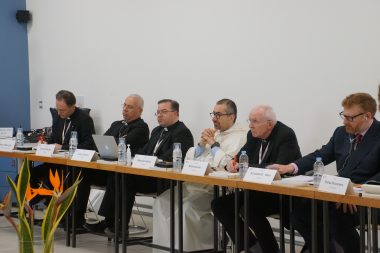 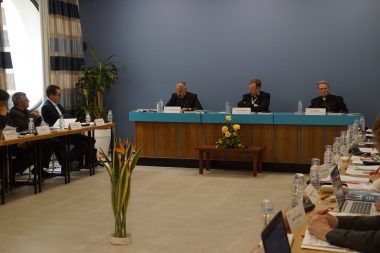 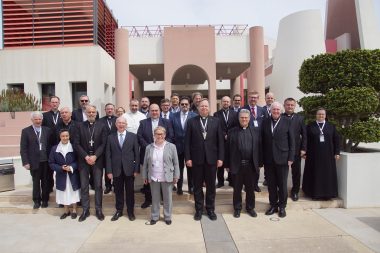 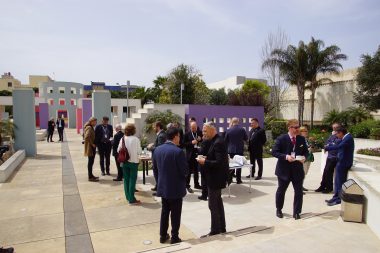 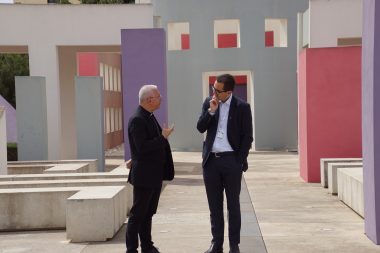 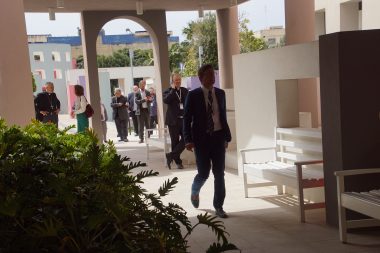 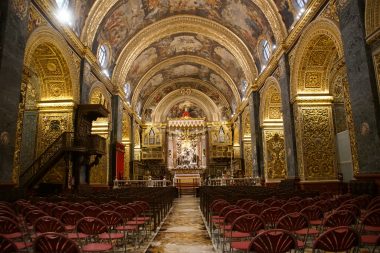 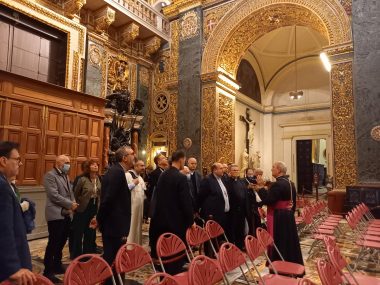 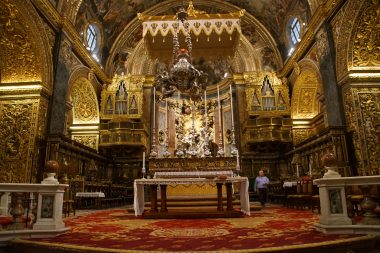 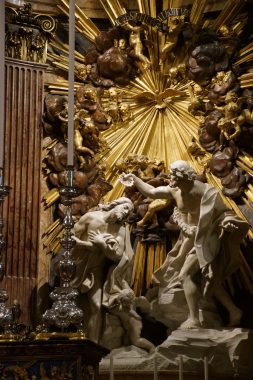 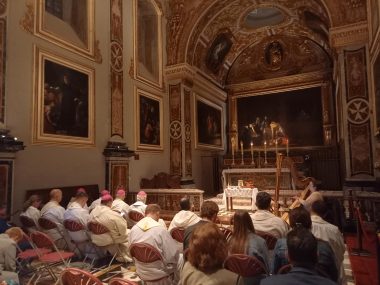 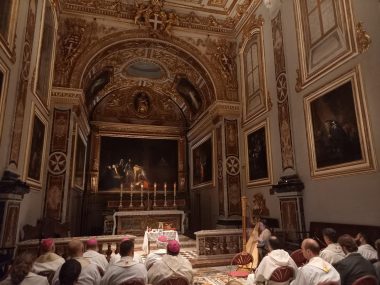 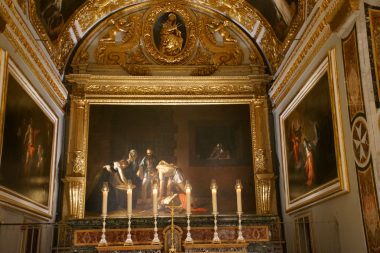 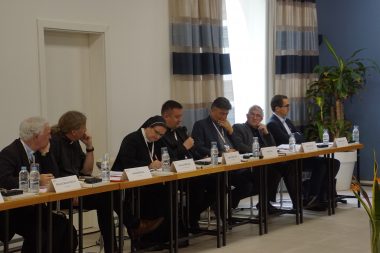 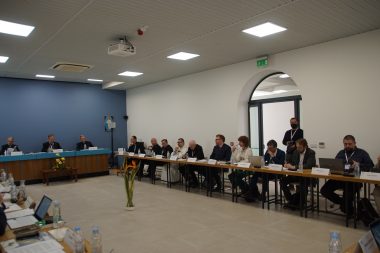 On our knees before the Eucharist to invoke peace

On 14 September, Eucharistic Adoration in every Church of Europe

“Listen to the voice of Creation”

The CCEE President at war sites

General Secretaries of the Bishops’ Conferences

The Church in Europe on the Synodal Path

43 participants at the annual meeting that took place in Zagreb

“Let the world not forget. Let us not get used to war”

The commitment to peace and the synodal path: what Europe are we striving for?

Church in Europe: a family of families on the move

The path to the World Meeting in June