This is the fourth edition of the meeting of legal advisors of the Bishops’ Conferences of Europe, which takes place every two years and gives the opportunity to discuss the issues and challenges that the Church faces today in Europe and to share the work of each individual Bishops Conference. 32 consultants and experts in the legal field met in Bratislava, from 3 to 5 December 2019, to reflect on conscientious objection, hate speech and, above all, to take stock of the reform of the canonical marriage process and the restructuring of the ecclesiastical courts in the light of the new legislation.

The reform of the canonical marriage process and the practical aspects of its application were dealt with by Prof. Miguel Ángel Ortíz, of the Pontifical University of the Holy Cross in Rome. He analysed the motu proprio of Pope Francis with which changes were introduced to the canonical marriage process, insisting that it is not only a matter of a change in the procedural structure but above all of a change in attitude in the relationship between the parties involved in the process. In this regard, he explained the extent of the changes using four concepts: “simplicity”, “proximity”, “speed” and “economy”. A very precise consideration was given to the declaratory nature of judgments of matrimonial nullity and to the relationship between mercy and law. The criteria of the reform – he said – have been elaborated in full respect to the essential procedural principles, proposing again the concept of “procedural ecology”, coined by Prof. Joaquín Llobell, according to which there can be no process with free application, always having to respect the constitutive elements of the canonical procedural relationship. The procedural reform therefore, contains a strong invitation to prudence, which St. Thomas Aquinas reminds us is an acquired virtue, which translates the universal into the particular and thus becomes the measure of justice applied to a concrete case.

In the afternoon, the legal advisors of the individual Bishops’ Conferences presented their reports on the manner in which the procedural reform has been accepted in the context of their own ecclesiastical tribunals and on the impact that it may have on the design of integral matrimonial pastoral care in the different dioceses. Among the many aspects considered, the need to improve the training and continuous updating of the operators of the ecclesiastical courts was highlighted in order to guarantee a more adequate service in the administration of justice in the Catholic Church.

Prof. Venerando Marano, from the Tor Vergata University of Rome, spoke about the topicality and perspectives of conscientious objection. He analysed the phenomenon regarding the increase in situations relating to conscientious objection in the current multicultural, multi-ethnical and multi-religious context, and identified three trends: “in the field of conscientious objection, the analysis of the evolution of legislation and jurisprudence in recent decades demonstrates the renewed topicality of the issue and allows us to indicate some research perspectives. The first concerns the progressive affirmation of a right to conscientious objection which has constitutional status and general scope; within the scope of this right, the individual expressions of objection are placed and limited. The second concerns the growing difficulty, with respect to the multiplication of objection cases, finding a satisfactory balance between the reasons of unity for the system and the pluralistic requests underlying the objections recognised or claimed. Overcoming these difficulties, succeeding in coexisting within a reasonable balance of values, consciences and worldviews that are different from each other – and sometimes conflicting – represents the challenge that awaits the legislator and the interpreters”.

An interesting analysis was made by Dr. Paul Coleman, Executive Director of ADF International on how hate speech laws are censoring the Church. Although we cannot clearly define what hate speech is, we are increasingly witnessing the proliferation of criminal discourse laws that impede freedom of speech: “After it was accepted that criminalizing speech was a desirable way to produce better citizens, finding a stopping point has proven almost impossible and, for those who can, absolutely undesirable… Today, hundreds of criminal speech laws exist in Europe, such laws are inevitably turned towards people who do not share the state’s views on certain politically charged topics”. How long will it take for the ruling elites to decide that our ideas must change? – Coleman asked – there is a risk of “state-imposed” censorship “under threat of criminal sanction—where opposition to the prevailing political and cultural orthodoxy doesn’t just mean an unprinted letter, it means police officers at the door… in reality, such scenes are becoming increasingly common in Europe. Catholic bishops are the subjects of police investigation, cartoons can be criminal, and private debates have led to prosecutions”. Europe has a problem with freedom of speech. “In the last decade, at least five Catholic bishops have been investigated by the police for mentioning homosexuality during homilies or newspaper interviews. And he added: “The grave danger in Europe’s hate speech laws lies not in successful convictions but in the culture of censorship that the laws create: a culture where the phrase “you can’t say that” is commonplace, where citizens do not know the line between allowed and not allowed, where everyone feels he or she is walking on eggshells”. The lack of legal safeguards for freedom of speech in Europe is generating a culture of censorship from which it will be difficult to turn back. (to learn more visit: Europe’s Free Speech Problem: A Cautionary Tale,  https://www.thepublicdiscourse.com/2016/07/17113/). 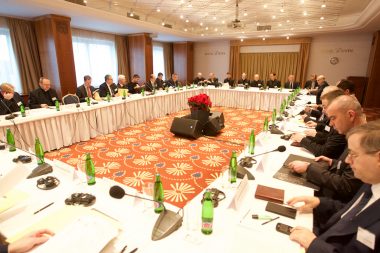 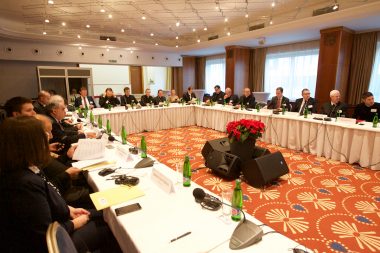 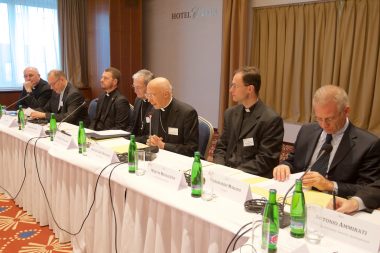 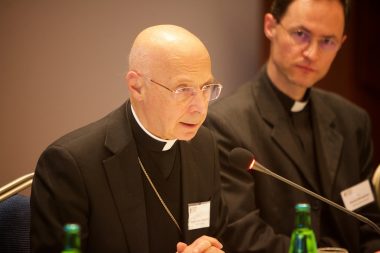 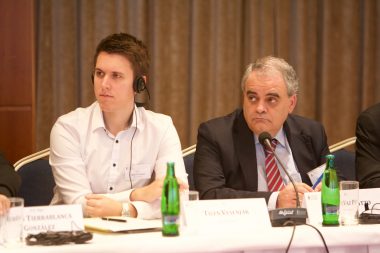 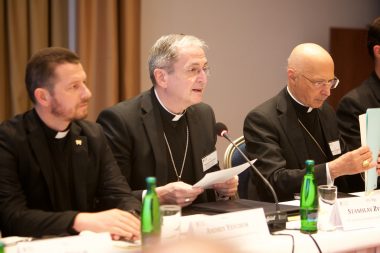 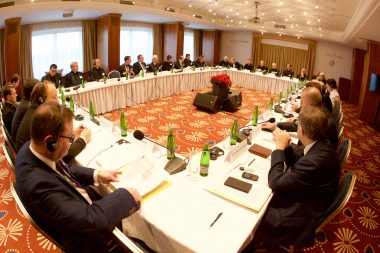 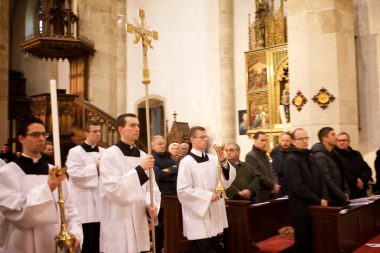 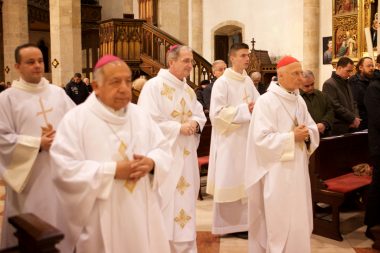 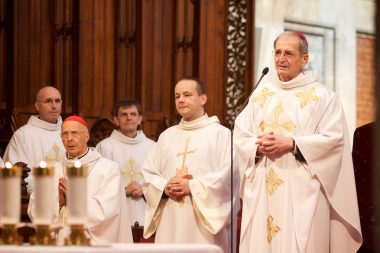 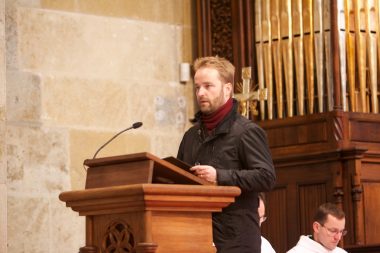 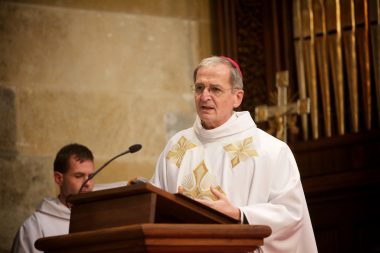 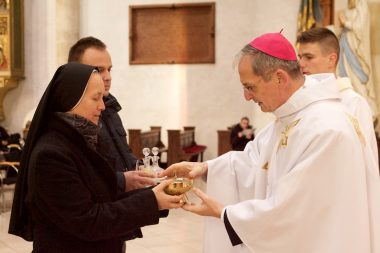 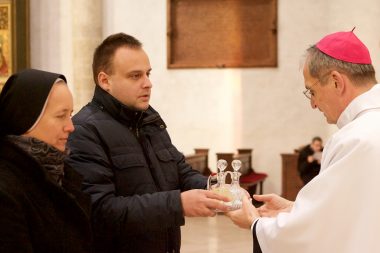 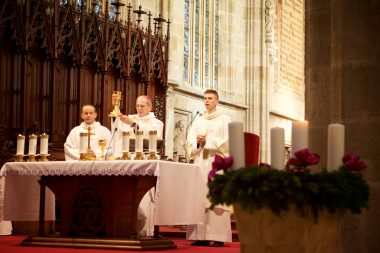 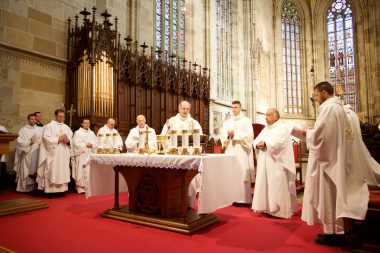 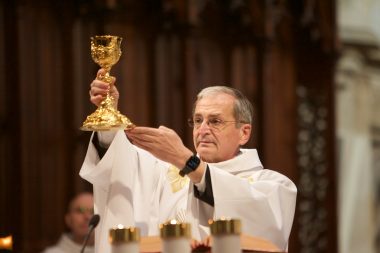 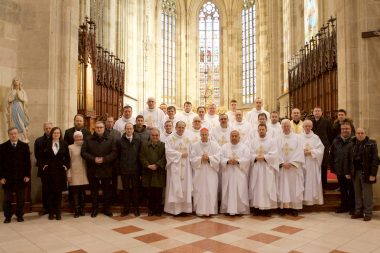 “Let the world not forget. Let us not get used to war”

The commitment to peace and the synodal path: what Europe are we striving for?

Church in Europe: a family of families on the move

The path to the World Meeting in June

Meeting of national directors for catechesis

CCEE-CEC Joint Committee. Declaration on the war in Ukraine

The meeting on 21 March in Bratislava, Slovakia

European Social Days, a new commitment of the Church rooted in the faith

The conclusion of the third edition in Bratislava

The second day dedicated to the digital and ecological transition

Consecration and entrustment of Russia and Ukraine to the Immaculate Heart of Mary. European bishops accept Pope Francis’ invitation